SO FLUTTER, YOU SAY, EIY? 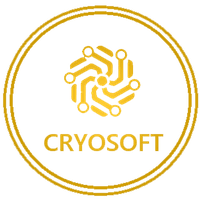 "It's all in the beauty of the app and, oh, the functionality"

Flutter is beautiful, cross-platform, easy to setup and learn. Try it!

You might have heard this new word in the tech industry, Flutter, well, its not so new nor too old, initially unveiled in 2015, a stable version of flutter was released in 2018; December 4th to be precise. The framework, done by Google, is mainly constructed in the dart language and is used through out the framework. The framework boasts to create visually appealing applications since it uses the material design principles, fast development of the app and actually be able to create for two different device platforms: iOS and Android. Flutter also boasts the ability to create desktop, mobile and web applications. 🎉🎊(Hooray!?) (Small Gotcha though, to build an iOS application you must have MacOS and XCode, since Apple decided to be a b**ch with its exclusivity policies)

Flutter development is quite fast since there is the hot reload feature allowing you to view changes on the fly without having to rebuild the whole application on the device. I must say, have never seen development of apps done so quickly, but with my experience, apps developed can be quite large than their native counterparts and can be sometimes a tad slower, than native apps, but we get the trade off of beautiful apps.

IT'S FREE AND OPEN SOURCE

Developing of apps on Flutter is totally free and is backed by an open source community, meaning that people can contribute to make flutter better, since we already have several widgets made by the community and available. You can start delving into flutter at no extra cost.

Widgets are somewhat similar to React components, in that they are small sections of the framework that work independent, call them miniature modules. Flutter uses widgets and everything in flutter is basically a widget. Flutter comes packed with powerful basic widgets, even texts are widgets! Flutter has tons of libraries and widgets already built making app development very fast and such a breeze.

SO WHAT'S MY TAKE?

If you have previous experience with various frameworks to build apps, the flutter documentation guides you through making the switch much easily. (Such an incentive, smh) The learning curve of flutter is fair allowing you to make the switch without making loss of progress.

See you soon on the next blog! 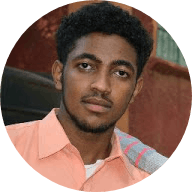